Our philosophy at Convivial Catering is that life is meant to be enjoyed.   Life is a celebration.  We create delicious and honest food, utilizing the bounty of the Land and the Sea that California has to offer.  We bring our joy and love of life to our cuisine and to your event. 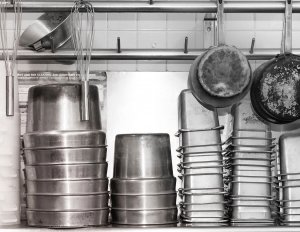 …has been refining his palette since 1993 when he trained as a winemaker’s assistant in Woodside, CA at the Thomas Fogarty Winery where he was introduced to the world of fine dining and gourmet cuisine. In 2003, Chef Jeff decided to embrace his passion and leave the world of Financial Services to begin his culinary career by enrolling in the Professional Chef’s Program at the Cambridge School of Culinary Arts. Following his graduation with honors and receiving the Certified Culinary Professional Designation he moved to Austin, Texas in order to train with Chef David Bull at Texas’s number one rated restaurant located in the Driskill Hotel in Austin. Soon after, he trained under Chefs Jeffrey Strauss and Jim Phillips of the Pamplemousse Grille in San Diego, CA. Jeff then moved onto Terra in San Diego in the role of Sous Chef; at which point he was awarded the Chef Celebration of San Diego scholarship. This scholarship allowed him to study the culinary arts under top executive chefs internationally. He studied in Perugia, Umbria; Florence, Italy and at Noma, the highest regarded restaurant in Denmark (and the world!). The knowledge and processes gained through these experiences is communicated in the quality and consistency at each Convivial Catering event.

To provide the Highest Quality and Creative Cuisine and event execution to our clients while focusing on utilization of local ingredients, sustainability, and ethically executed business practices.

We serve the following areas of San Diego County:

Convivial Catering
5.0
Based on 26 Reviews

Mariesa H.
2022-03-14 12:00:22
Jeff and his team catered my wedding and they were absolutely incredible! They were so professional and easy to work with. We had a backyard wedding and... read more

Regina G.
2019-05-21 11:20:26
We loved the service and food buffet that Convivial Catering provided us. We hosted a reception party for 60 guests. Our guests raved about the food and... read more

Fei H.
2014-10-13 23:42:44
We used Convivial to cater our wedding last month. One of the most important components of planning our wedding was to make sure we served delicious food to... read more
Next Reviews
Convivial Catering ©2021 All Rights Reserved.
Contact Us

We're not around right now. But you can send us an email and we'll get back to you, asap.